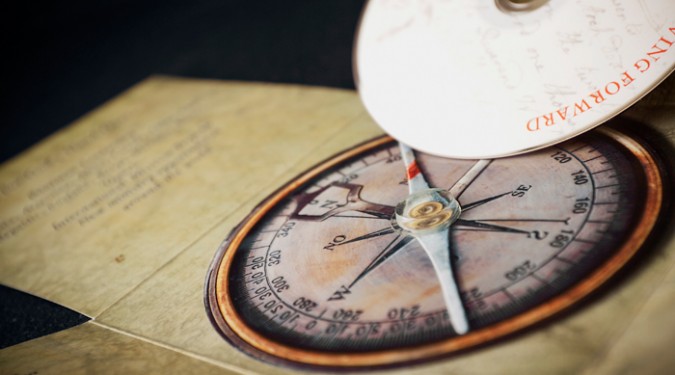 Overview: Hume Ministries is a Christian not-for-profit that operates youth camps and adult retreat centers offering programming for churches, schools, teams, and other groups. Often these events have an evangelistic or missions-oriented emphasis. The original camp, Hume Lake, is nestled in California’s Sequoia National Forest and opened in 1946 at the site of an old lumber mill. When the growing organization wanted to expand to open an East Coast property in 2007, they asked me to help design and implement a major capital campaign to bring in the necessary millions of dollars to fund the project.

“Each panel, drawing from historical visuals, a compass theme, and other map-related elements, pulled the viewer deeper and deeper into the enclosure, toward the CD.”

Challenge: The Hume experience is not a universal one, but all draw from the beautiful, physical grounds of the camp and its history. Every potential Hume donor had their own Hume story. The challenge was to reach this diverse group by helping them identify with that story. One approach was to draw from the past of Hume Lake in order to help them imagine its future—especially a future at another camp, in another location, far from the forests and mountains of California.

In 2007, web-based video was still in its infancy. YouTube had only been around since 2005, and had just been purchased by Google the prior year. Potential Hume donors—including the more established generation likely to offer financial support—would be less likely to turn to an online video to learn about Hume’s vision. That meant this project would need to include a multimedia CD.

Solution: Because storytelling is such a central part of the Hume experience—and because I love how stories lead the listener down a sequenced and purposeful process—I combined a brochure and the multimedia CD into a single package telling the story of Hume’s beginnings, its growth over the decades, and its vision for tomorrow. The design incorporated a layered unfolding of flaps. Each panel, drawing from historical visuals, a compass theme, and other map-related elements, pulled the viewer deeper and deeper into the enclosure, toward the CD. This purposeful journey reminded recipients of Hume’s biblical imperative to GO—to take the message of Christianity into all the world. 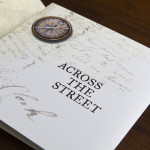 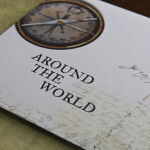 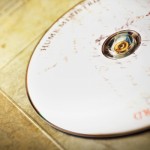 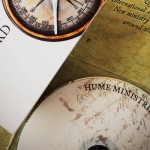 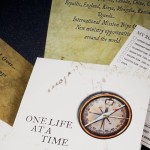 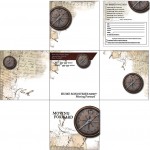 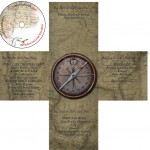 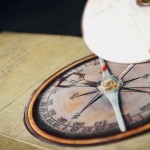