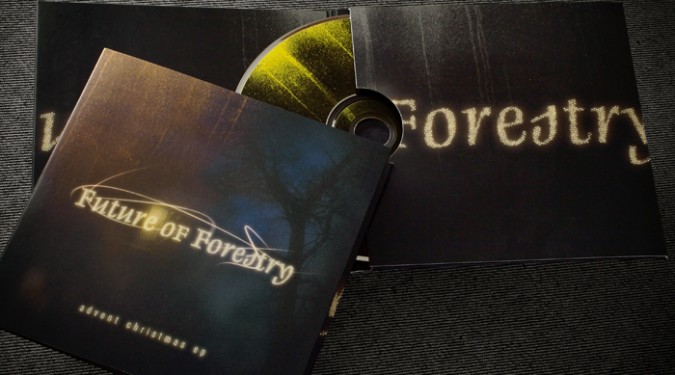 “…he pushed me toward developing ethereal design elements and emotional images that could parallel the emotions of his music.”

Challenge: As the multi-instrumentalist, composer, and producer behind the Future of Forestry, Eric Owyoung is a classic multitasker. In the studio, he’s bursting with musical ideas. And when it comes time to package a new recording, he’s just as hands-on with the design process. As the designer, he pushed me toward developing ethereal design elements and emotional images that could parallel the emotions of his music. Traditional Christmas hymns and carols are nothing if not powerfully emotional.

Eric’s music and lyrics have always had a very spiritual, literate bent. Because Advent is so focused around the coming of Jesus into the world—a light breaking into the darkness—we wanted to carry that feeling into the artwork without resorting to Christmastime cliches like candles or twinkle lights.

Solution: Lighting a candle in a brightly lit room has very little impact. But lighting a candle in darkness immediately draws attention to the light. It’s virtually impossible not to notice it. With this in mind, I suggested a darker design scheme that drew focus to the warmth of a single light, shining in the darkness. The cover featured a bleak, almost skeletal silhouette of a tree against a night sky, with light subtly bleeding onto the edge of the photograph. The name of the band was typeset and modified to appear as if it had been produced as a light painting.

On the interior, rather than match the CMYK printing on the front, we downgraded to a two-color printing process using black and yellow inks, matched on the printing of the CD. To reinforce the light-in-the-darkness metaphor, I built the name of the band in Photoshop using hundreds of points of light. 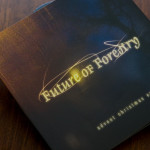 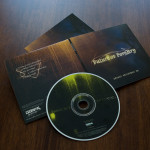 Result: The moody design provided a nice parallel with the emotion of the music, playing up the Advent light/darkness theme without overstating it. Future of Forestry’s critically acclaimed EP soon blossomed into follow-up Christmas installments in 2010 and 2013.